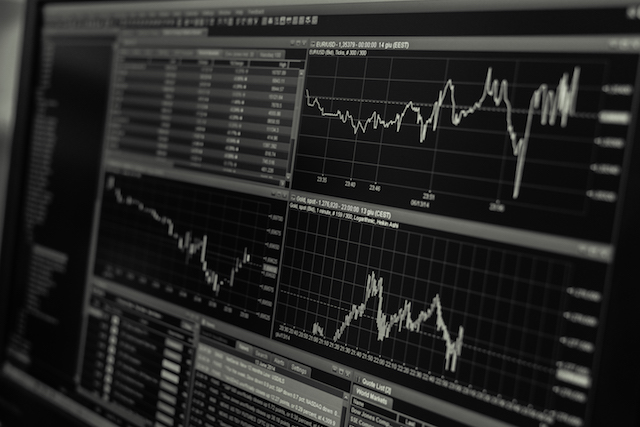 What is a wash sale?

A wash sale is a transaction where an investor sells stocks or securities for a loss, but then repurchases the same stocks or securities within 30 days. The investor gets to claim a capital loss for tax purposes, but he or she is in essentially the exact same economic position. The loss really only exists on paper, nothing else about the investors position has changed.

Wash sales are prohibited by Section 1091 of the Internal Revenue Code. If a transaction qualifies as a “wash sale,” it is essentially disregarded and the investor is not allowed to use the loss it generated (I’m choosing to skip the mechanics of the wash sale rule and how exactly it disallows the loss for the sake of simplicity). This led to a lot of gamesmanship over the years to get around the rules, with the result that Section 1091 and the Regulations cover just about every possible trick you can imagine.

Note that the rule also applies backwards. So, if Bob tried to get around the 30 day rule by buying the 50 shares of replacement stock ahead of time on April 15th, the wash sale rules would still apply.

So, as it’s currently written, it does not look like Section 1091 applies to bitcoins and other virtual currencies. That could change in the future of course, but for the moment it seems to be the case.

Can wash sales be used to generate losses on bitcoin?

Yes. If bitcoins do not qualify as “shares of stock or securities” under Section 1091, then the rules do not apply. This mean that you can sell bitcoins to realize a loss, and then buy them back again to preserve your investment. However, that’s not the end of the story. The IRS can attack this transaction with the “economic substance” doctrine, discussed below.

Example: Bob has capital gains from the sale of stock in Apple. He also has some bitcoins that he purchased for $1,200 each last November, but are worth only $300 currently. In order to offset the gains on his shares of stock, Bob sells his bitcoins for a loss of $900 each. He immediately repurchases the same amount of bitcoin, thereby creating a tax loss but not actually giving up his investment in bitcoin.

What is the Economic Substance Doctrine?

The “economic substance doctrine” is a doctrine in US tax law that says a transaction must have economic significance aside from it’s tax effects. Basically, a transaction that does nothing else but generate tax benefit is invalid under this doctrine. The parties to the transaction must actually incur some economic benefit or suffer some economic loss in order for it to be recognized by the IRS. A transaction that does neither, but still manages to generate some kind of tax benefit, will be invalid under this doctrine. It’s become a very powerful tool for the IRS in attacking tax shelters and the courts are generally pretty supportive of the doctrine.

Because a bitcoin wash sale leaves you in the same economic position, but has generated a tax loss for your benefit, I wouldn’t be surprised to see the Economic Substance Doctrine used to invalidate wash sales of bitcoins that would otherwise avoid Section 1091.

Example: The IRS audit’s Bob from the previous example and discovers that he sold bitcoins in order to generate a tax loss, and then immediately repurchased the same amount of coins just moments later. The IRS will claim the transaction lacked economic substance and will disallow the loss.

Is it possible to generate tax losses without running afoul of the Economic Substance Doctrine?

It’s possible, yes. There is a tried a true principle of the Economic Substance Doctrine under which a transaction has “economic substance” if it exposes the parties to “market risk.” This is true even if the market risk doesn’t end up doing anything to change the economic position of the parties. As long as the parties put their economic interests at risk, the transaction has economic significant apart from the tax benefits it created.

How long should I wait to repurchase after selling my bitcoins for a loss?

Unfortunately, there is no clear answer to this question. Traditionally, the amount of time required to pass in order for a transaction to gain “economic substance” depended on the volatility of the market. The more volatile, the less time was needed. And visa-versa.

It goes without saying that bitcoin is an extremely volatile asset. So, we can probably safely assume that you do not need to wait very long. 30 days (which is the requirement under Section 1091 for wash sales of stocks and securities) is certainly long enough (maybe even too long). Conversely, waiting only a matter of minutes is almost as certainly not long enough.

Example: Instead of immediately repurchasing the bitcoins he sold, Bob from the previous example waits five days to make the repurchase. In the mean time, the price of bitcoin fluctuates 5% each day, but ends up at almost the exact same price that he sold them. Bob repurchases the same amount of bitcoin at this price. If Bob were audited, he would have a strong argument that the transaction did not lack economic substance because he exposed himself to the market risk of bitcoin, regardless of the fact that he was able to repurchase at the same price five days later.

Should I use wash sales to generate losses by the end of the year?

Maybe. Typically the strategy of “taking losses” is used to offset gains that you might’ve had on other investments during the year. In that case, using a wash sale to generate losses could help reduce your taxes considerably.

On the other hand, a wash sale essentially resets your cost basis and holding period. By that I mean you now own the bitcoin at the new purchase price and the new purchase date. So, you’ll have to weigh the possibility of higher capital gains in the future, as well as the possibility of losing long-term status, against the current year tax savings.

At the end of the day, losses on bitcoins are treated just the same as losses on shares of stock, with one exception: the wash sale rules of Section 1091 do not apply. Regardless, a wash sale lacking economic substance can be invalidated by the IRS, so it’s a good idea to wait at least a few of days before repurchasing.