Warning: Creating default object from empty value in /home/customer/www/bitcointaxsolutions.com/public_html/wp-content/themes/salient/nectar/redux-framework/ReduxCore/inc/class.redux_filesystem.php on line 29
 Read it on Forbes: "Yes, The Bitcoin Hard Fork Really Is Taxable Income. Here's What You Need To Know" - Bitcoin Tax Solutions

Tyson Cross has published the following article on Forbes: “Yes, The Bitcoin Hard Fork Really Is Taxable Income. Here’s What You Need To Know.”

Yes, The Bitcoin Hard Fork Really Is Taxable Income. Here’s What You Need To Know

Less than three months have passed since the Bitcoin Cash hard fork and already two more Bitcoin hard forks are looming. In light of what seems to be a recurring event, questions still remain about the tax consequences of cryptocurrency hard forks. Although the IRS provided general guidance on cryptocurrencies back in 2014, the Service has remained silent on the topic ever since. US taxpayers are on their own to determine the proper tax treatment of cryptocurrency hard forks (among a myriad of other issues), and opinions vary wildly.

The problem with the Bitcoin hard fork from a tax perspective is that every Bitcoin holder receives an equivalent amount of the new cryptocurrency for free. Bitcoin message boards and forums are already full of posters excited for the prospect of “free money.”

Unfortunately for US taxpayers, the IRS has a long and successful history of treating “free money” as taxable income. Lottery winnings, game show prizes, and found property all qualify as taxable income in the eyes of the IRS. Even unwanted free money is considered taxable income. See Haverly v. U.S., 513 F.2d 224 (7th Cir. 1975)(holding that free textbooks sent unsolicited by a publisher to a high school principal were taxable income).

There’s little doubt that the IRS has plenty of legal authority to treat the hard fork as taxable income. However, several factors make it difficult for taxpayers to accurately and reliably determine the amount of such income.

What is the Amount of the Taxable Income?

The first hurdle is determining the amount of the taxable income. To do so, the taxpayer will have to establish the fair market value of the newly created cryptocurrency at the time of the hard fork. “Fair Market Value” is generally defined as the price a willing buyer will pay to a willing seller. An obvious problem exists for determining FMV when there are no buyers and sellers. In the case of the Ethereum hard fork last year, the new cryptocurrency Ethereum Classic did not start trading on exchanges for several weeks. As a result, establishing the FMV for Ethereum Classic at the time of the hard fork was essentially just guess work.

In some cases, though, taxpayers may have other indications of FMV. For example, Bitcoin Cash had been trading on futures markets for weeks prior to its hard fork in August. The price on these futures markets was approximately $275 at the time of the hard fork on August 1, 2017, and that price was more or less confirmed when BCH began trading on cryptocurrency exchanges a few hours later. However, there is no way to tell whether the IRS will accept the use of futures markets to establish FMV, or what taxpayers should do if there is no futures market at all.

When Does the Taxable Income Arise?

Another hurdle for taxpayers is when to report the income from the hard fork. The issue is that not all Bitcoin holders will receive the benefit of the hard fork at the same time. Some users will have immediate access to their new cryptocurrency wallets, but others will not. Users who keep their Bitcoin on third-party exchanges like Coinbase will not be able to access their new cryptocurrency until the platform supports the new blockchain, which could be months or never at all.

Taxpayers in the first group almost certainly have taxable income on the date of the hard fork. But taxpayers in the second group can probably delay recognizing taxable income until they’re actually able to claim the new cryptocurrency, whenever that is. These taxpayers might be able to use the value of the cryptocurrency on the date it becomes available to them, as opposed to the date of the hard fork.

The IRS is likely to say that neither group, though, can avoid the taxable income by simply “turning their back” on the new cryptocurrency. Under the doctrine of constructive receipt, an item of income becomes taxable as soon as it is credited to the taxpayer’s account or otherwise made available to the taxpayer so that he or she can claim it at any time. See Treas. Reg. 1.451-2(a). Thus, it’s irrelevant to the IRS whether the taxpayer actually claims the cryptocurrency, all that matters is that he or she could claim it. (Read: Is the Bitcoin Hard Fork Taxable? for more information on the constructive receipt doctrine.)

This raises a concerning issue.  Although most Bitcoin holders know of the pending hard forks, certainly some are completely unaware. Does the doctrine of constructive receipt apply to such taxpayers? If the taxpayer truly did not know of the hard fork, then the answer is likely “no,” but that’s of little comfort if the IRS decides to require proof of the taxpayer’s lack of knowledge. Establishing actual knowledge (or a lack thereof) is exceptionally difficult from an evidentiary standpoint. Depending on how strict of a standard the IRS decides to adopt, the lack of knowledge defense could prove meaningless.

And what happens when taxpayer does learn of the hard fork, possibly years down the road? One option is to report the income in the year it was discovered, but it’s possible that the IRS would require the taxpayer to go all the way back to the year of the hard fork and amend that year’s tax return.  From the IRS’s perspective, “unknown hard forks” create an opportunity for gamesmanship. Taxpayers could intentionally turn a blind eye to future hard forks and wait until its convenient for them to “discover” their new cryptocurrency – possibly years later. This would allow taxpayers to manipulate the timing of their income, which is exactly the type of behavior the constructive receipt doctrine is intended to curtail. So, the IRS is likely to take an aggressive stance on the issue of unknown hard forks.

Clearly, guidance is needed to provide taxpayers with a reliable way to determine the value and the timing of the taxable income from a hard fork, as well as clarification on the application of constructive receipt. Until then, taxpayers are left in the uncomfortable position of assuming the worse on every issue to avoid future conflicts with the IRS, and unfairly overpaying on their tax returns as a result. Of course, there’s also the possibility that taxpayers will simply give up on trying to figure out the correct tax treatment and not report the hard fork income at all.  If the IRS wants to encourage voluntary compliance in the cryptocurrency universe, it should start by providing clear guidelines on issues like this one. 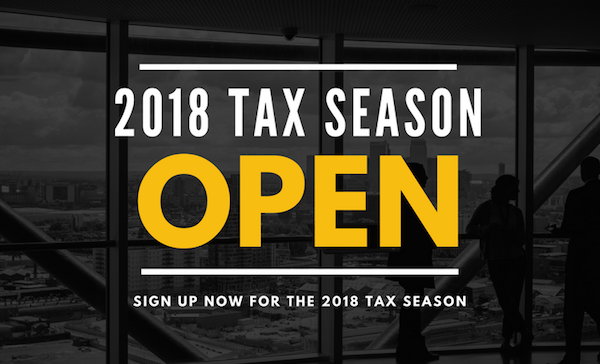